Do you know that failure is the first step to success? Though we’ve been conditioned to avoid failure at all costs, it’s actually the one thing that will lead to success. As counterintuitive as this concept may seem, it’s proven itself to be true countless times.

Some of the world's most notable names once experienced failure, yet still found tremendous success. Take for instance media mogul, Oprah Winfrey. Though she is known for her success in television, it didn’t begin that way. In fact, she was fired from her first television job!

She is one of many men and women throughout history whose success began with failure. This should be an encouragement for you that, ultimately, failure leads to success. This is why you should never give up on yourself or your dreams!

Failure leads to success but what does failure really mean?

It’s important that we look at failure from the proper perspective when we discuss how failure leads to success. Failure is not a final state. Instead, it can be defined as simply not hitting a goal or desired outcome. It just means that you fell short. Don’t we all?

In falling short, though, you’ll find that you’ve actually accomplished a lot.

For example, you may have had a goal to pay off your debt by a certain date. Even if you reach that goal a month later, you’ve still accomplished the overall objective—to become debt-free.

You can’t define something as a failure simply because you didn’t complete the goal by an arbitrary deadline. Instead, failure is the first step to success. In fact, success and failure in life go hand and hand.

6 Reasons why failure is the first step to success

Consider this: in order to fail, you must try. So whether or not you accomplish your end goal, you will have accomplished something. So, as you fail, you move closer to success. Here’s are six reasons why failure leads to success:

In general, some of life’s greatest lessons are best learned through experience rather than theory.  For example, you may tell a child not to touch a hot stove and they may listen.

But, if they touch a hot stove, they’ll immediately experience the unpleasant feeling of burning themselves and its consequences. These are both lessons from life experiments they would not have learned otherwise.

This is exactly how failure works. Although it may seem unpleasant and uncomfortable, it gives your an experience that theory can’t do. With that in mind, some lessons only come from failure—making failure one of the greatest teachers.

2. You learn what not to do the next time

What is another reason failure is the first step to success? Failure gives you experiences that you can apply the next time you try. This means that you can avoid the same pitfalls that hindered you from initially reaching your goal.

A simple example of this is getting lost while driving. One wrong turn can take you far away from your intended destination—causing you time and frustration. However, the next time you venture to that destination, you’ll know what paths to avoid.

The key to using failure as a lesson for the next go-round is to reflect and understand what went wrong. This is the only way that failure leads to success. Without doing so, you’re bound to make the same mistake again.

3. You can use failure for motivation

For many people, failure can be a form of motivation. It sparks a desire to get back up and try again. Perhaps it may be to prove to yourself (or others) that you can do it.

We see this often with sports teams who fall short of the ultimate championship victory. Postgame interviews reveal that players are motivated to come back the next year to try again. As a result, they practice more, they learn new techniques, and they prepare themselves to try again.

Likewise, you can use any failure that you experience in life to motivate yourself to become better. Ultimately, failure can reveal where you may need some improvement.

4. You can use your failure to can teach others

The great thing about life’s lessons is that they aren’t simply for you. Collectively, as the human race, we learn from the successes and failures of those around us. This allows us to grow as a society and, in some ways, shortcuts the learning process.

Science is a great example of everyone benefiting from the failures of others. Every day, researchers conduct experiments that provide more information that can advance science and technology.

Much of this includes failed experiments that teach us new things that we wouldn’t learn otherwise. This becomes shared knowledge that we can use to advance society.

Sharing our failures with others can allow them to avoid mistakes we’ve made so that they can reach their goals much sooner. So don’t be ashamed of not reaching your goals if it can help someone reach theirs. Your failure is the first step to success for others as well.

What is the difference between success and failure in life? Resilience. Have you ever seen a kid fall off of their bike? Although they may cry for a few minutes, it’s almost certain that they’ll eventually get back on the bike and try again. That is resilience.

Ultimately, resilience is what you need in order to be successful. You must have the ability to keep going past your failure if you want to eventually reach your goals and ensure your failure leads to success!

6. It causes you to reevaluate your goals

An important by-product of failure is that it causes you to reassess your goals. Was what you were aiming for actually something that you wanted to achieve?

Say, for instance, your goal was to land your dream job. You prepared yourself for the interview but still didn’t land the job. As you reflect on what you deemed as a failure, you may come to the realization that the job wasn’t with the right company. Or, perhaps you don’t even want to climb the corporate ladder.

Had you not failed, you may have missed a moment to really sit back and define what success actually means to you. Were you working hard for a goal that wasn’t even what you wanted in life?

You should be clear on exactly what success and failure in life look like for you. This assessment is how failure leads to success.

Don't give up because failure is the first step to success!

The average person experiences failure time and time again. But as you can see, failure really isn’t the end.  Instead, failure is the first step to success — whatever that looks like for you. It’s an opportunity to grow, improve, and help others along the way. But in order for it to be a path to success, you must reshape your view of failure and its role in your life.

Just like failure is necessary for success, so is community. So if you want to be successful in your finances, why not join a community that can support and encourage you? Join the Clever Girl Finance community and let us help you on your journey toward financial success!

is a writer for Clever Girl Finance and millennial personal finance expert. She is also the editor-in-chief of the Mama and Money Blog, a motherhood and personal finance platform for women. 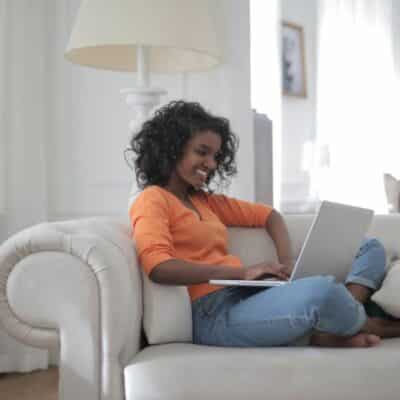 Why You Should Try A No-Spend January + How To Do One Successfully! 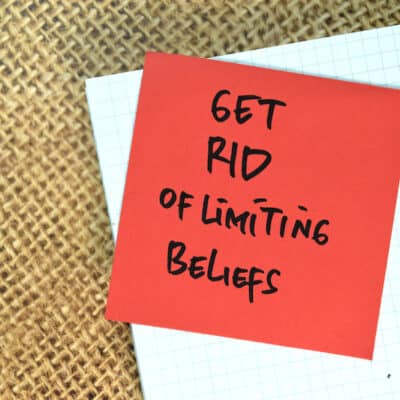 How To Become A Millionaire (It’s Simpler Than You Think!)