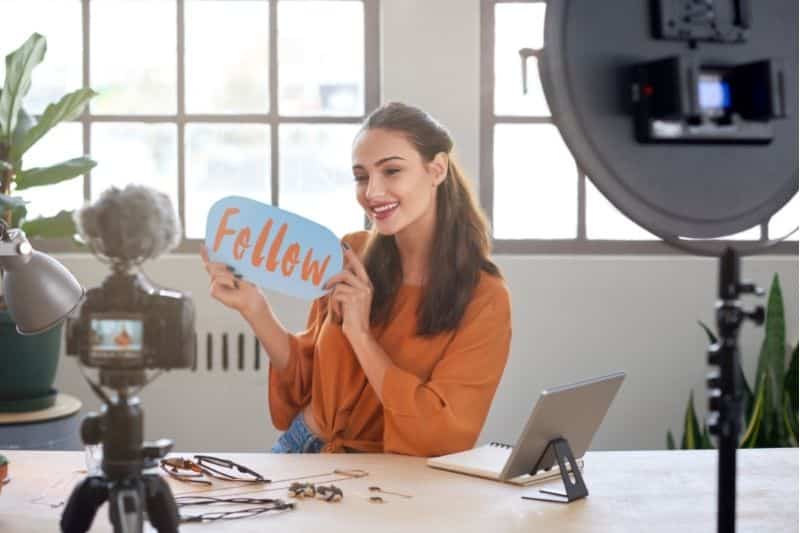 In a world dominated by social media, influencers have become celebrities in their own right. It’s not uncommon to see Instagram influencers with hundreds of thousands — or even upwards of one million — followers. But how do influencers make money with their large followings?

Also, how can you be sure you're following ethical influencers rather than those who are just in it for the money? In this article, we cover what influencers are, how they make money, and how to find influencers that align with your values. First, let's get into what an influencer is and what they do.

What is an influencer?

Broadly speaking, an influencer is someone who makes money by influencing the buying habits of other people. You probably know influencers as people with large followings on social media who make money by promoting certain products through sponsored posts, affiliate links, and more.

Being an influencer has become a career over the past decade, thanks to social media platforms like Instagram, TikTok, and YouTube. And influencers with large followings can make far more than the average 9-5 job would pay.

How much money do influencers make?

Influencer incomes can span a huge spectrum. Someone who is just getting started might earn $100 here and there. While some of the influencers with the largest followings can earn millions of dollars.

For instance, Kylie Jenner famously pulls in $1 million per post. So it's not uncommon to see some influencers can make a six-figure salary or more if they do it right!

Sponsored content is one of the most common ways influencers make money. A sponsored post is when a company pays an influencer to feature their product or service on the influencer’s social media pages.

Being a brand ambassador is another way how influencers make money. And this is based on from their relationship with a brand. A brand ambassadorship is similar to sponsored posts but with a few differences.

First, sponsored posts can be one-offs, while brand ambassadorships are usually longer-term relationships. For example, an influencer might sign a 6-12 month ambassador deal with a brand.

Affiliate marketing is when influencers share a link to a product and then receive a percentage of the sale if a follower buys an item from that link. It has become one of the top ways how influencers make money.

For example, a fashion influencer is likely to share links to the clothing they’re wearing in their daily social media posts. Their followers purchase the items, creating a stream of revenue for them.

Depending on the item, the affiliate commission might be just a few percent. But for influencers with many followers who buy what they recommend, the income can really add up.

For years it’s been common practice for bloggers to have advertising on their websites to monetize their traffic. So, how do influencers make money with advertising?

Depending on the type of ad, bloggers might make money only when a visitor clicks on the ad or any time it appears on the screen. For bloggers with high traffic to their websites, sidebar and in-content advertising can be extremely lucrative.

Many influencers have moved into the education space and sell digital products to teach their followers on a particular topic. But how do influencers make money from these products? One example would be a travel blogger who might create an entire course about how to travel on a budget.

Another example is a fashion influencer who might create an eBook about creating a capsule wardrobe. Some people make thousands of dollars a month selling online courses!

Another version of tipping is the use of sites like Patreon. It works as a membership model where followers can sign up to contribute a certain amount of money each month to an influencer. In some cases, the influencer might have content exclusively for their Patreon supporters.

It’s become increasingly common for fashion influencers to make money by reselling the clothing they’ve featured. These influencers often buy far more clothing than they really need, mostly so they can share a variety of looks with their followers.

Then, many turn around and sell their gently used items on a separate Instagram page or on Poshmark. This is a great way to get the most bang for your buck if you are considering becoming a fashion influencer!

Another way that influencers have made money is through live events whether in-person or virtual. For example, a travel influencer might make money by planning a trip for a small handful of followers.

On the other hand, a fashion influencer might make money by hosting a  live closet sale where followers can purchase used clothing they’ve featured on their social media channels.

9. Product lines designed specifically for the influencers to make money

Creating product lines is another way how influencers make money. Some influencers create their own product lines from scratch. For example, fashion blogger Danielle Bernstein of the website We Wore What has launched her blog into her own fashion line.

Other influencers use their following to create collaborations with other companies, offering makeup lines, clothing lines, and more.

Being an influencer has become an increasingly popular career over the past several years. Partially because people have realized just how lucrative it can be.

Unfortunately, some influencers may choose to run their businesses in an unethical way. Here are a few ways you can make sure you’re following ethical influencers.

Does the influencer disclose when they’ve been paid for a post or have been gifted an item?

It's really important that an influencer discloses when they’ve been paid to promote a product. This also applies to items they receive for free in exchange for sharing them online.

In fact, proper disclosures aren’t just an ethical issue for influencers; the Federal Trade Commission (FTC) requires that influencers disclose when they have a financial relationship with a brand. Whether it is posting in exchange for money or for free or discounted products.

When the influencers you follow post about products on their social media platforms, make sure they’re disclosing any relationships. According to the FTC, vague disclosures like #sp, #collab, or #ambassador simply aren’t enough. The disclosure should make it clear that a post was sponsored or paid.

Another way to ensure you’re following ethical influencers is to pay attention to whether they’re promoting products they really use. Of course, you can’t know for certain what products someone uses in their daily life unless you know them in real life. But there are ways to figure out whether a recommendation is legit.

For example, if an influencer consistently recommends the same shampoo, it’s likely they really use it and support the brand. But if it seems like they’re promoting a different shampoo every couple of weeks, it’s a sign they’re simply promoting any company willing to pay them.

Is the influencer honest about what they don’t like about products?

No company or product is perfect. And if someone’s job is to help their followers make purchasing decisions, they should be sharing both the good and the bad about products they use.

When an influencer you follow posts about a product, do they share both the pros and the cons? Do they point out if there’s something they dislike about the product? If they never share things they don’t like, then it begins to feel like their recommendations aren’t really authentic.

Do they share products that fit their brand or audience?

It’s also worth paying attention to whether an influencer promotes products that actually fit their brand or audience. That’s not to say that influencers can’t promote anything outside of their usual topic. In fact, plenty of influencers share products they use in all parts of their lives.

Sometimes they may promote a product because they’re being paid for it, whether it fits their audience or not. An example might be an influencer who shares about frugal living and budget hacks but then shares a sponsored post of a pricey product that their audience is unlikely to buy.

Similarly, it could be an influencer who talks about clean eating and healthy living but then shares a sponsored post for a junk food brand. Again sharing products is how influencers make money, so be sure that what they are promoting is something that aligns with their brand. If not, you may want to reconsider following them.

Do they promote ethical companies?

Another way to tell whether an influencer fits with your values is to check out the companies they promote. Of course, everyone has different values and priorities. Something that’s important to you won’t necessarily be important to someone else, and vice versa.

But if an influencer regularly shares about companies that are known for ethical problems then it’s worth rethinking following that person. For instance, if they have a reputation of treating their employees poorly, taking advantage of customers, etc. Find someone that promotes companies that you value.

So how do influencers make money? Well as you can see they create multiple streams of income! The influencer career has become increasingly popular over the past few years, and it’s easy to see why.

Influencers can make a lot of money through strategies such as sponsored posts, affiliate marketing, and even coming out with their own product lines.

Have you thought of starting a side-hustle as an influencer? Learn how to build your business with our completely free course! Also, be sure to follow Clever Girl Finance on Instagram, Facebook, and Youtube, for top financial tips and inspiration to achieve your money goals!

is a personal finance writer and millennial money coach. She is passionate about teaching women to pay off debt and save for their financial goals without having to give up spending on the things they love. 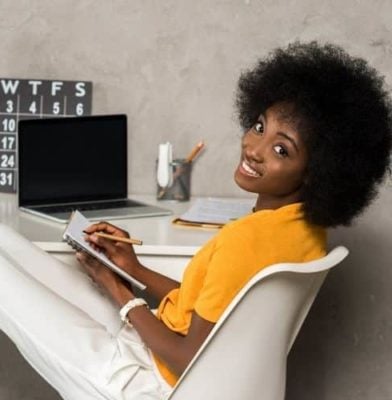 7 Steps For Starting A Side Hustle 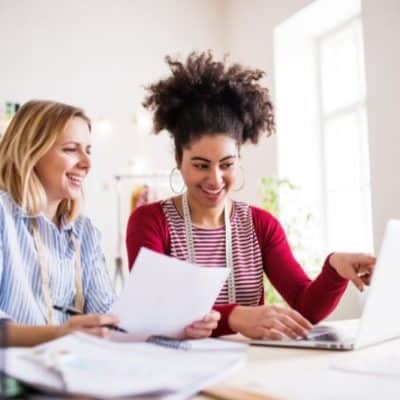 18 Side Hustles For Women That Make Real Money