A few years ago, I was a 28-year-old single, professional homeowner. Financially, my life was about to get better. Unfortunately, I didn’t know it. I was about to make a costly mistake; Over-spending to the tune of $16,000.

The Setup: Where my over-spending started

That winter, I purchased a 3 bedroom and 2.5-bathroom, 2,300 square-foot home. It was a beautiful house, and I fell in love with it as soon as I saw it. It was also a great time to be a homebuyer. There was plenty of inventory, and many were selling at a discount. Consequently, I was able to get the house at a steal. By that December, I was officially a homeowner. I felt incredibly blessed.

Not too long afterward, a friend of mine asked if I was willing to rent out a bedroom to a good friend of his. She was a college graduate student and was living at home in a less-than-ideal situation. I thought about it for a moment and told him I’d like to meet her. A few days later, we met, and she moved in the next August.

And then just a month after gaining one roommate, I went from living alone to having another friend in need, who would become my second roommate. Both of these ladies were a joy to live with. And that next September, I had two roommates and an additional income of $900 a month.

I wish this were a story of how I saved and invested that $900 a month and three years later saw my investment grow to $47,000 (the average market return for that time was 20%), but it’s not. Rather, this is the story of how I blew $16,000 by not making the most of the additional income I received as a landlord. I had two roommates for a little over three years. Yet, I ended up over-spending a lot of that money.

What I learned from over-spending

Before, I wasted so much money on stuff I didn't need. But now I know there's plenty of ways to reward myself without blowing my budget. That being said, let's dig into the details of what I did wrong back then and the life lessons I learned.

Lesson #1: If you don't have a plan for your money, it will leave you

One of my roommates always prepaid her rent at the start of each semester. I put it directly into my savings account as soon as I got her check. Yay, gold star for me! My other roommate, on the other hand, paid on a monthly basis. In contrast, I have no idea where that money went. This shows why having a plan for your money can prevent you from over-spending.

Well, I have some idea. It went to buying clothes I never wore, buying shoes that were too uncomfortable to wear more than once, eating out at less than memorable places, and buying groceries that I threw out because they went bad. I also wasted money on furniture I didn’t need and clutter that I eventually donated or threw out because I couldn’t sell them.

In retrospect, I wish I had treasured experiences over stuff. I also lament not having invested the money. Especially now what I know about the magic of compound interest. Even sticking it into my savings account, with its abysmal interest rate, would have been better than literally throwing away thousands of dollars.

Lesson #2: Be cognizant of what matters to keep your personal finances healthy

It’s interesting how easily lifestyle inflation crept up on me. I was living a perfectly good financial life. Earning good money, saving, spending, and making do with what I had. I wasn’t rolling in the dough before I had roommates, but I was comfortable.

But as soon as I had additional income, I felt the need to shop more. Buy more, have more. It wasn’t like I was splurging on luxury goods. Instead, quite frankly, I was over-spending my money on junk! I had a small home office that became cluttered with things I didn't need.

I clearly remember having so much stuff I began storing things in my garage! With no children, no husband, and two bedrooms being rented out, the rest of the house was filled with my stuff. This was the first time I ever had a walk-in closet. But despite that, I had so many clothes I had to store my seasonal clothing in suitcases.

None of this made me happier or added value to my life. As time went by, I learned a couple of important financial lessons: spend less than you earn and invest that difference. It wasn’t a debt problem I had my life; I used credit cards all the time but paid the balance in full each month. What I had was a consumption problem.

I spent every dollar after all of my bills were paid. I knew nothing about investing and didn’t give much thought to retirement planning. Maybe there was a temporary or perhaps artificial joy I got from making purchases. But today, at 35, I take inventory and realize that I have very few of those things I bought during my 20s. Rather than over-spending on crap, you don't need, focus on enjoying experiences instead.

My takeaways on over-spending

Today, I no longer live in the home. I still own the home, and I still love it. But now, it's a rental property and not my primary residence. A year and a half ago, my husband and I moved from the West Coast to the East Coast.

We downsized from a 2,300 sq ft house to an under 400 sq. ft. apartment. I own a fraction of what I did back then, and I’m doing just fine. Hindsight is 20/20, but I advise you to do your best by learning from my lessons in over-spending money. Learn how to control your spending, ditch debt, and grow your money with the Free financial courses and worksheets offered here at Clever Girl Finance!

is a writer for Clever Girl Finance. She also blogs over at Millers On Fire about the lessons she’s learned about money and is passionate about teaching financial literacy. When not blogging she is exploring all of what New York City has to offer. 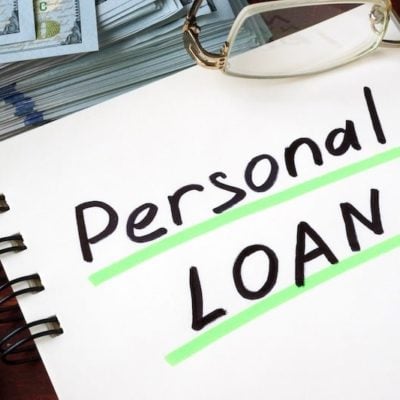 Pros And Cons Of Personal Loans: What You Need To Know 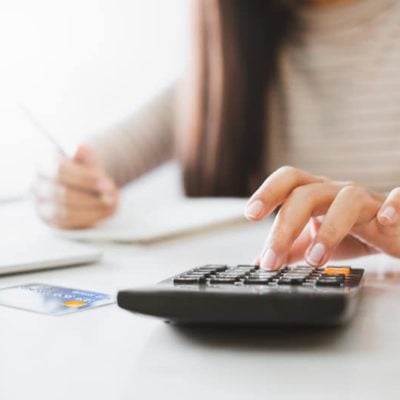 Bills Piling Up? What To Do When You Can’t Pay Your Bills 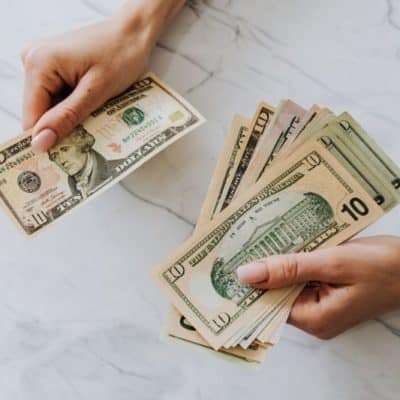 Is A Salary Advance Loan A Good Idea?