Skip to content
By Marissa Geannette. Updated on May 22, 2022 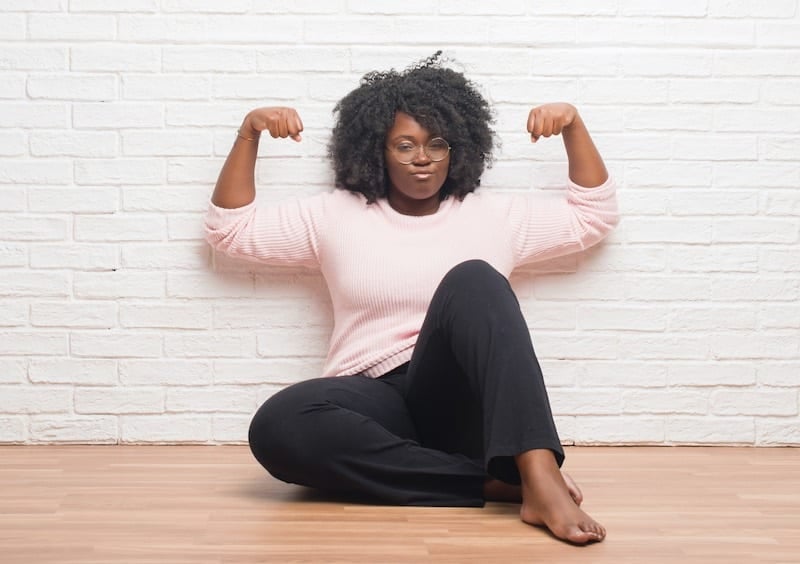 While women have made gigantic strides toward equality in recent years, women still face financial challenges that men don’t face. Some of the myths surrounding money and women help propel this inequality. We’re here to put to bed some common myths and tell you the truth about money and women.

Despite historical and systemic disadvantages (hello, wage gap), we women are really good at managing our money and can become financially successful!

So let’s dive in, dispel some of these myths surrounding money and women, and show you exactly what we are so great at when it comes to our finances. We'll also be sharing some key money facts specifically related to women. (And also, why financial independence for women is so important).

Myth #1: Women and men are finally on an equal playing field when it comes to all things money-related

Because of the inequalities between men and women surrounding money, finance for women and finance for men used to be two totally different concepts.

Gradually, women have gained financial rights, like the right to inherit property and open up bank accounts of their own. (Can you believe that, before the Equal Credit Opportunity Act was passed in 1974, a woman wasn’t allowed to apply for credit without a man as a cosigner?)

However, when it comes to finance for women, we continue to face an uphill battle. Women and men are not on an equal playing field when it comes to money, and this presents challenges for women that can last a lifetime. Check out the financial statistics about women that prove this.

Some of the greatest financial inequalities between men and women include:

The truth is, women who work full-time in the United States are paid less than men. On average, in 2021, women were only paid 82 cents for every dollar a man was paid. The statistics are even worse for women of color.

Black women make 63 cents and Latinas just 55 cents for every dollar a white man makes. With this wage gap, women can work just as hard as men and still get left behind financially.

Another disadvantage women face? When a woman has a child (a huge financial responsibility and commitment), her salary decreases. This “motherhood penalty” doesn’t apply to fathers, though. When a man has a child, his income actually increases.

We can’t talk about money and women without talking about the “pink tax.” From personal care to clothing to major expenses like insurance, women pay more than men for the same exact products and services. What?! Yes, it’s true.

This is the “pink tax” at work. Products and services that are packaged for women (hence, the stereotypical “pink” packaging) simply cost more for women than they do for men.

Lastly, we need to talk about the student loan gender gap. While women make up 56% of college students, they account for 65% of outstanding student loan debt.

Just like racial disparities exist in the wage gap, they exist here, too. Black women carry the highest student loan debt of any racial and ethnic group.

When discussing finance for women, we must acknowledge these inequalities. When you don’t start out on a level playing field, general financial advice just doesn’t cut it. Women, and women of color especially, can benefit the most from tailored financial advice that addresses their specific challenges.

Women care deeply about saving and planning for the future. The idea that women are frivolous spenders is just that – a myth. It’s a myth that is perpetuated by the information women are constantly bombarded with.

Starling Bank, a U.K-based institution, conducted a study that showed that 65% of money articles in women’s magazines portrayed women as excessive spenders.

The common advice given is that women need to limit and restrict their shopping because their spending is out of control. Men, on the other hand, do not get this message, even though it’s men that tend to spend more on impulse buys than women.

No matter which gender spends more, one thing is for sure, women give more. Households run by women donate more to charity than those headed by men, and 64% of all online donations are made by women. Not exactly frivolous spending.

Myth #3: Women need a partner before they can make big purchases, like buying a house

Homeownership is a huge way to build wealth and, in particular, generational wealth. The great news is that women are on the way to doing this. It’s a myth that a woman needs a man to buy a home. In fact, 18% of first-time homebuyers are single women (and only 8% are single men).

Clever Girl Finance’s own Women & Money Report corroborates this evidence. Women aren’t waiting around for men to own a home or set homeownership as their goal.

Homeownership was a top priority for 68% of the Clever Girl Finance survey respondents, with over 90% having the goal to own their own home. By the way, be sure to check out our top money advice for single ladies!

Myth #4: Women don’t know how to invest or pay down debt

This one is right up there with the myth that “girls are bad at math.” Here’s the truth:

All of those finance for women articles that make it seem as though women aren’t interested or can’t understand investing is just plain wrong.

Clever Girl Finance’s own readers support the truth that women are interested in investing and understand its importance. 68% of women in the Women & Money Report responded that they actively invest for the future and use it as a tool to build long-term wealth.

2. Women know how to pay down debt

Women certainly know how to pay down debt. While women hold more debt than men, multiple studies suggest that women are more likely than men to repay their loans. This is true for debt such as home mortgage payments and collateral-free microloans.

None of this evidence is given to disparage men at all. On the contrary, it’s here to build women up and prove that we do have the ability to get rid of all kinds of debt. If you’re struggling with debt, don’t assume that it’s going to be with you forever. You can repay your debt, and there are multiple ways to tackle it.

It’s a myth that women don’t understand money or don’t know how to manage it. Just take a look around the Clever Girl Finance community and you’ll see that women are killing it in the financial space. In the 2020 Women & Money Report, 86% of respondents said they had above-average confidence in their financial knowledge.

Don’t feel discouraged if you feel less than confident about your money. There are so many resources available that address finance for women, starting right here with Clever Girl Finance’s free courses.

Myth #5: Businesses with women at the top are not as profitable as those with men in charge

Lastly, we need to dispel the myth that businesses with women in charge are not as profitable as those with men in charge.

Just because men make up the vast majority of leadership positions (women make up only 8% of CEO positions at Fortune 500 companies) doesn’t mean that’s the best for business.

In fact, the opposite is true. Studies show that companies with women in leadership positions are more profitable.

This is just another reason why we talk so much about money and women around here. When women are elevated to higher positions, entire companies and society as a whole benefit. We are long overdue for more women at the top.

Hopefully, busting these myths has helped you reframe your thoughts around money and women. Even though disadvantages still exist when it comes to finance for women, remember that women are knowledgeable investors and savers.

Women are giving, and make businesses more profitable when they’re in charge. Now, get out there with the confidence that you, too, have all of the tools you need to succeed at managing your money!

Be sure to check out our list of the best leadership books for women to keep you inspired!

is a writer for Clever Girl Finance, author, freelance writer, blogger, and former lawyer who is passionate about spreading the word that there is a satisfying (and well-paying) career out there for all of us, even if it’s not the traditional one we thought we were “supposed” to have." 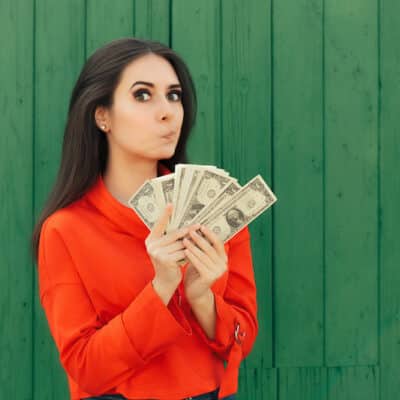 Is Emotional Spending Ruining Your Finances? 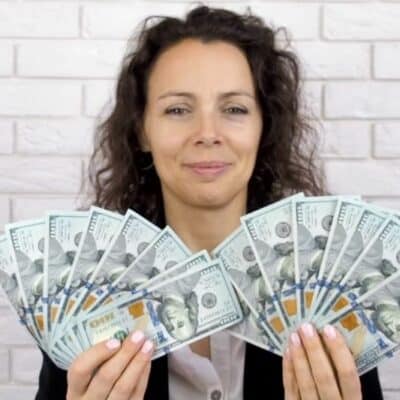 How To Be Smart About Money: 5 Ways 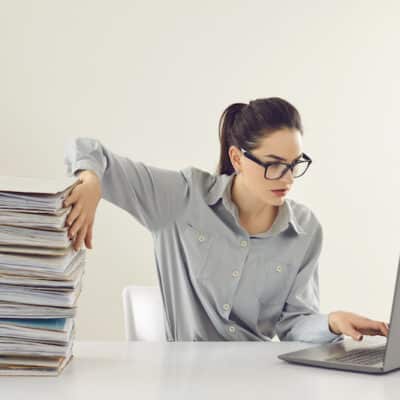 How To Declutter Paperwork Including Financial Documents