Skip to content
By Erin Gobler. Updated on August 4, 2022

You’ve probably heard people talk about new money vs old money before, but what do they really mean? The simplest explanation is that old money is inherited, while new money is earned. But there’s a lot more to it than that.

The labels old money and new money describe not only where someone’s wealth came from but also their spending habits and the social perception of them.

Let's start by defining what these statuses mean for context!

What is old money?

Old money refers to inherited wealth. When a family has old money, it’s generally been passed down for many generations. Old money also describes a social class.

What is new money?

New money is a term used to describe those who didn’t inherit their wealth but earned it. Those with new money could be considered self-made millionaires or billionaires. As far as social status goes, new money is often found to be a peg below old money.

New money families might be considered lower-upper class by some. They’re often found in occupations such as sports, entertainment, or technology.

The biggest differences between old money and new money come down to the source of their wealth, the social perception of them, and their spending habits.

The simplest way to differentiate old money from new money is the source of it. As mentioned, old money has been passed down through the generations, while new money has been recently earned. In the United States, many old-money families are descendants of early industrialists. New money can often be found in celebrities and entrepreneurs.

There’s no set number of years or generations money must be passed down before it becomes old money. Instead, the other distinctions often help to categorize a family as either old money or new money.

Another difference between new money and old money comes down to their social standing. Old money often has far more to it than just the number of generations the wealth has been inherited. Old-money families are often found in the Northeast. Traditionally, they’re thought to be more educated, refined, and respectable.

One of the biggest distinctions between old money and new money comes down to their spending habits and how their wealth affects their lifestyle.

Stereotypically, families with old money tend to be more frugal. They’ve been raised with the understanding that their money isn’t their money. It’s their family’s money. And they have a responsibility to ensure that wealth is passed down to the next generation.

That’s not to say that families with old money don’t spend extravagantly. You can be certain they live in expensive homes, drive nice cars, and purchase luxury clothing. But they tend to spend more practically and view large purchases as investments rather than splurges.

And on the outside, you might not realize just how wealthy an old-money family is. On the exterior, they might seem just like any other family, and they make an effort to stay out of the spotlight.

The spending habits that you might think of with new money are very different. Families with new money are more likely to consider the money theirs to live on versus theirs to pass down to future generations. New money is often associated with more frivolous spending, including flashy homes and cars. In other words, they’re known to flaunt their wealth.

This likely doesn’t come as much of a surprise. We’ve all read countless articles of athletes and celebrities who became millionaires but then blew it all in a short time and ended up with nothing. According to Business Insider, examples include athletes like Mike Tyson and Dennis Rodman and entertainers such as 50 Cent and Nicholas Cage.

New money vs old money: Should you really care?

So at the end of the day, does the difference between old money and new money really matter? It depends on how you look at it.

Families that come from old money take a lot of pride in the fact that their wealth has been passed down for generations. But in reality, the majority of the worth’s current billionaires are self-made.

Entrepreneurs like Jeff Bezos of Amazon, and Larry Page, and Sergey Brin of Google have become billionaires by building businesses from the ground up. And while they may not have the social standing of someone with old money, there’s something to be said about creating your own wealth.

As the number of self-made millionaires and billionaires increases, the importance of those “old money” and “new money” labels seems to become less important.

But one of the biggest — and perhaps the most important — distinctions between old money and new money is the spending habits. The truth is that frivolous spending and spending as much as you earn doesn’t build generational wealth. Saving and investing wisely does. So while there’s nothing to be ashamed of being considered new money, we can all learn something from the spending habits of old money.

The titles old money and new money are used to describe the source of someone’s wealth, social status, and spending habits. But does the difference really matter that much?

When it comes to social standing, it shouldn’t matter where someone’s money comes from. But to maintain generational wealth, it’s important to adopt the spending habits often associated with old money.

is a personal finance writer and millennial money coach. She is passionate about teaching women to pay off debt and save for their financial goals without having to give up spending on the things they love. 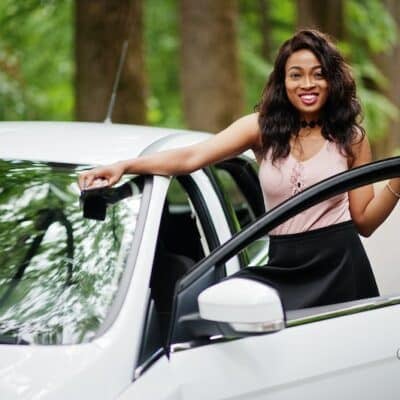 Amortization VS Depreciation: Differences And How They Work