Skip to content
By Cassidy Horton. Updated on November 5, 2021 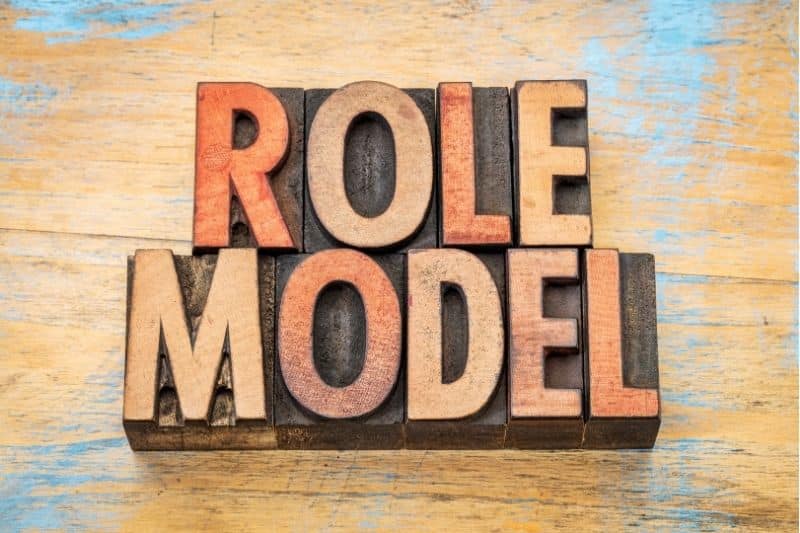 If someone walked up to you and asked, “Who is your role model?” what would you say? Does anyone even come to mind? When you’re young, there’s always someone you look up to for inspiration. Whether it’s a parent, your favorite teacher, an older sibling, or someone you see on TV.

This person helped shape and mold you. And when life got tough, you looked to them to help you find the way. Fast forward to adulthood, and it's still just as essential to have good role models in life if you want to succeed. Here are why, plus tips on how to find one.

Why you need a good role model

Think of all those big, audacious dreams you want to achieve. Maybe you want to start a successful side hustle, retire early with a net worth of $2 million, or simply live a more authentic life.

Whatever your goals are, good role models show you what’s possible. They blaze the trail ahead and serve as the inspiration you need to step out of your comfort zone and achieve them.

Think of good role models like lighthouses on a shore. When you’re in the thick of your journey and don't know what to do next, they serve as the beacon of light you need to forge ahead.

So, what makes a good role model, you ask? Here are some characteristics of a role model to look out for:

Good role models give you the confidence and optimism you need to chase after your dreams no matter how impossible they seem. They make you think, “If [INSERT NAME OF GOOD ROLE MODEL] can achieve this, so can I! ”.

And through this confidence and optimism, they help you unlock your full potential and achieve your dreams. And in turn, they open the door for you to become a role model for the next person coming up behind you.

Being relatable is one of the most essential characteristics of a role model. Good role models are someone you can relate to. Their story resonates with you, and you see a part of yourself in them. You're drawn to them because they aren’t afraid to show you their screw-ups, messes, and struggles.

They admit that life is a bumpy ride, and they aren’t afraid to tell you they’re still figuring it out themselves. By being so relatable, good role models show you that even if you make a mistake or take a wrong turn, it’s okay to wipe off the dust and keep trying.

When I say good role models are “successful,” I’m not saying they’re rich or famous. Rather, they emulate the type of success you’re trying to achieve. If you’re currently in the thick of paying off $50,000 in student loans on a $40,000 salary, a positive role model may be someone who was once in your shoes.

Maybe they paid off a similar amount of debt on a similar salary and are now on a mission to help others do the same. Because you can look to them as a positive role model, paying off your debt no longer feels like such an impossible task.

If you can think of someone who has achieved (or is on their way to achieving) a goal you want to accomplish, they very well could be the positive role model who guides you to success.

When you have role models who look like you, you’re more likely to believe you have what it takes—as a woman, as a person of color, as a first-generation wealth builder, etc. — to be successful. You see a part of yourself in them, and it makes you strive even harder to accomplish your goals.

There are so many studies out there that prove just how much representation matters when it comes to achieving success. For example, one study found that Black students that have just one Black teacher in elementary school are 13% more likely to graduate high school.

It also found that having even one Black teacher in high school can increase their expectations around going to college.

Social psychological research found that gender stereotypes (such as thinking women belong in caregiving roles and men belong in STEM) can greatly influence the goals a young girl sets for herself.

In other words, if she doesn't see women becoming scientists, engineers, and CEOs of large companies, then she's less likely to want to achieve those things.

But when she has positive role models who look like they are achieving the impossible, she suddenly has someone to emulate and look up to.

How to find a positive role model

Okay, by this point, you're convinced you need positive role models in your life, but how do you find them? Here are three places to look:

Turn to your inner circle

Start by examining the people closest to you. Do you have any family members, friends, or colleagues you look to for inspiration? Maybe you have a friend who saved $100k in three years, and she inspires you to be better with your finances.

Or, maybe your boss is a strong, confident woman who's overcome a world of hate and discrimination to get to where she is, and you want to follow in her footsteps one day.

Maybe your sister is an amazing single mom, and you look to her for inspiration because you feel like you're struggling through it.

Draw inspiration from books and the big screen

Your role models don't need to be someone you know personally. Heck, they don't even need to be a real person at all. Is there anyone you've read about or watched on TV who has the characteristics of a role model you're looking for?

Maybe you love Hermione Granger from Harry Potter because she's intelligent, confident, and brave. Maybe you love Celie from The Color Purple because she transforms from being weak and mistreated to bold, independent, and confident. You can find positive role models from just about anywhere!

Look to celebrities and historical figures

History is filled with so many incredible people who have blazed new trails and forged ahead despite the odds stacked against them. Is there anyone (past or present) you look to for inspiration? If so, take some time to learn more about them.

Add their autobiography to your reading list, read articles about them, or see if there's a docuseries you can watch on TV. See what hard lessons or motivation you can draw from their stories.

There are seriously hundreds of examples of healthy role models you could look to for inspiration. Here are ten examples to get you thinking...

Amelia was the first female to fly solo across the Atlantic Ocean. Although she disappeared in 1937, she is still one of the most memorable female role models known.

In 1983, Sally made strides for women across the globe because she was the first American woman in space!

The first woman to win a Nobel Prize for her work in radioactivity and her contribution to cancer treatments. Marie was also the only woman to win the noble prize twice!

Malala was a Pakistani activist for female education and she survived an assassination attempt by a Taliban gunman. She is one of the bravest women and positive role models in the world.

She was the first Black woman in U.S. history to be elected as the first lady. She is also an advocate for healthy living, girls' education, and women's empowerment.

Despite being born into poverty, Oprah's tenacity made her the wealthiest Black woman of all time. She is also one of the most powerful women in media.

She is one of the best tennis players ever and one of the highest-paid female athletes in the world.

She's not afraid to speak her mind and has inspired countless Millennials and Gen Zs to get involved in the political process.

Our founder and CEO of Clever Girl Finance, which is one of the largest personal finance platforms for women.

Beyoncé, Taylor Swift, Selena Gomez, or any other celebrity whose actions have inspired you to be a better person.

Try this exercise: Write down the 3 positive role models in your life right now!

Even if you can't think of any good role models in your life, I bet there are some people you haven't thought of. If you want to do a little self-reflection and figure out who they are, give this exercise a try! It should take about 10 minutes tops.

As you review your list, you may find that each of them possesses something you’re striving to achieve. Maybe you admire someone you follow on Instagram because they’re bold and honest and aren’t afraid to speak their mind.

Maybe your positive role model is your mom because she’s an extremely optimistic person despite all the hardships she’s been through in life, and she always made you feel seen, heard, and valued as a child.

Who is your role model?

Now that you know the characteristics of a role model to look for and some examples, "Who is your role model?" As you reflect on who your role model may be, you may find that you have a different role model for each goal you’re trying to achieve.

It’s okay to have multiple role models, just like it's okay to outgrow one role model and decide it’s time to move on to another. The most important thing is that you find people you can look to for inspiration as you embark on your own journey to success.

Remember that knowing your values and goals can help you pick out healthy role models that align with the life you desire. You can learn how to create the right financial goals with our completely free course!

Get financial inspiration for your big goals by tuning into the Clever Girls Know podcast and YouTube channel!

is a writer for Clever Girl Finance. She’s a bonafide adventurer, cat lover, and money nerd who's passionate about helping people achieve financial freedom. You can find her professionally at cassidyhorton.com 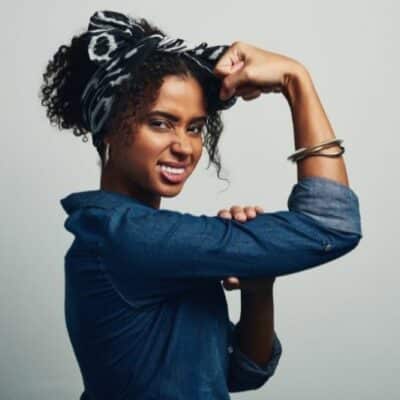 11 Ways To Build People Up That Will Empower You Too 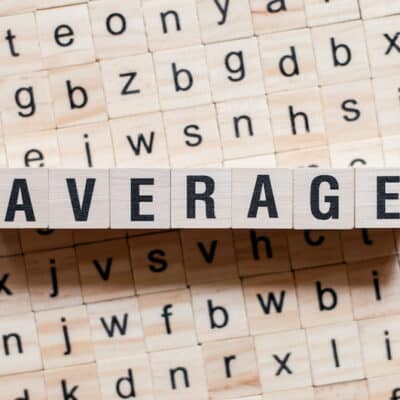 How To Be Inspired By The Fear Of Being Average P.S. Average Is Ok!