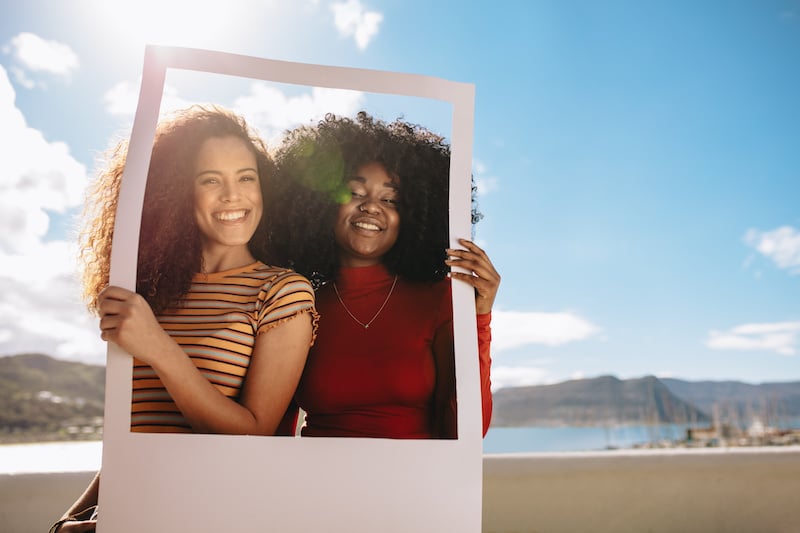 If you’re a woman of color, you may find that statistics make your financial future look bleak. This is because women of color are not statistically ranked highly in the area of building wealth.

Even though there's much attention on lifting the status of women, studies show that gender inequality is still very present in the workplace as in many other categories. When you see the statistic that women earn 82 cents for every $1 earned by men, it doesn't represent most women's personal experiences.

While white women and a percentage of Asian American women make around $0.79 - $0.90 for every dollar, most women of color make a lot less.

In fact, Black women only make $0.62 for every dollar earn earned by white males in the same job. Hispanic women make a meager $0.54 and Native American women earn $0.57 for every dollar paid to white men.

The discrimination doesn't stop there because it's worse for immigrant women and those who live at the intersection of race and other marginalized groups. Hence, there's no denying that the wage gap needs to be closed and women of color have a far greater distance to go.

Women's average net worth by race

African American women are being applauded for being the most educated demographic in the United States. They also have higher labor force participation rates compared to their peers.

Single white women’s wealth is estimated at $81,200, gradually outpacing single white men's net worth in recent years. Also, the median net worth of married white women ranges from $117,200 to $260,000.

In terms of wealth, single Latinas had a median net worth of only $1,200. In addition, the median wealth of single Hispanic mothers is just $50.

Unfortunately, there is very little information on Native Americans. So, they are typically excluded from most research on net worth by race.

According to the last study that measured their net worth, Native households only have 8 cents of wealth for every dollar of the average white American family's net worth.

Asian Americans often fall into stereotypes, especially that of being wealthy. It's true that a number of Asian American women have higher annual incomes.

But Asian Americans also have the widest wealth gap of any racial group in the US. Not to mention they come from a multitude of countries such as China, Korea, Japan, India, Pakistan, Thailand, Vietnam, the Philippines, and many others.

So, although a portion of Asian women were able to grow their net worth, many others have little or no wealth. Most studies on average net worth by race typically lump Asian Americans into the category "Other." So, there's no real number on how much or how little wealth they have.

Despite what these figures on net worth by race show, women of color can build wealth. There are three components of building wealth that you must master if you want to defy the statistics.

The formula for building wealth isn’t very complicated. At the crux of it all, you need to make money, manage it well, and multiply it through investments.

Once you master those three areas of personal finance, you’ll find that you can easily defy the odds presented by those staggering statistics.

Here’s how you can do it.

1. Work on increasing your income

There are a plethora of options available for increasing your income and making more money. But since the gender (and racial) wage gap is a large contributor to the wealth disparity, let’s start with how you can increase your primary income from your career.

Negotiate your salary & ask for a raise

Negotiating your salary may seem like one of the toughest things to do. Yet, if you neglect to do it, you’ll leave more money on the table and further widen the wage gap.

The most important part of negotiating your salary and asking for a raise is knowing your value and what you’re worth to the organization. Don’t be afraid to ask for what you deserve and walk away if you don’t get it.

If you want to remove the cap on your earning potential, starting a business is a great idea. Entrepreneurs have complete autonomy over the income trajectory. Though many will share that working for yourself and owning a business has its challenges, they will also boast of the financial freedom they’ve gained.

The evolution of the Internet has made owning a business possible for many people. The barrier to entry has been lowered and anyone can start a business in a matter of minutes. Consider entrepreneurship as an option for increasing your income and ultimately building wealth.

Plus, women of color are opening more businesses on average than their male counterparts and make up the majority of women-owned businesses. Now that in itself speaks volumes.

Start your business as a side hustle

In the early stages of building your business, it's ok to start it out part-time as a side hustle. Typically, side hustles are used to bring in extra income to make ends meet or to pay off debt.

That doesn’t mean that side hustles can’t be used to build wealth. Leverage side hustles to increase your income and use it to save and invest aggressively.

There’s no sense in making more money if you haven’t learned to manage what you have. Knowing how to manage your money is a fundamental requirement in building wealth.

There are many examples of people who have made significant amounts of money—whether by chance or hard work—but have lost it due to poor financial decisions and poor money management. To avoid this fate, you need to do two things: budget and reduce your debt.

Learn to budget with a style that works for you

A budget is simply a plan for your money and wealth building definitely requires a plan. Creating a budget will allow you to direct your money toward wealth-building activities and less on unnecessary expenses.

Without it, you’ll likely find yourself spending in ways that will detract from your wealth-building goal. When it comes to budgeting, there a variety of different ways to budget. However, the best kind of budget is the one that works for you and fits into your lifestyle.

Make getting out of debt a priority

According to a study done on black millionaires in the book, The Wealth Choice: Success Secrets of Black Millionaires, their average debt outside of their mortgages was less than $10,000 overall. Of that, less than 25% (or $2,500) was attributed to credit card debt.

If you want to be wealthy, take notes from these millionaires. Get out of debt.

Debt ties up your income and prevents you from putting it toward asset-building activities. The sooner that you can get rid of it, the sooner you’ll be able to use your money to save and invest.

The last component of creating wealth for you and your family is to invest. Investing simply allows your money to work for you by building upon itself. There are three primary ways that you can invest your money to start building wealth.

Invest in the stock market

Investing in the stock market should include your retirement account, or 401k, and general investment accounts. Historically, these accounts yield an 8 to 10% return on the initial investment.

This makes them a significant part of building wealth for women of color since the stock market doesn't discriminate against your gender or race.

Though investments should be left to grow, it is not a “set it and forget it” kind of deal. It’s important that you review your accounts periodically to ensure that your portfolio continues to align with your wealth-building goals and life changes.

Real estate investing is another form of investing that largely contributes to wealth generation. It is often lauded as the foremost way to build wealth, especially for women of color. Although investing in real estate should be done with caution, so be sure to do your research.

Real estate provides the opportunity to build equity, which can boost your net worth. In addition, it can also serve as a passive income source—further increasing your income, and ultimately contributing to your wealth-building.

The best investment that you can make on your wealth-building journey is in yourself. Ultimately, wealth will mean nothing if you don’t have the character or wisdom to sustain it.

Increase your net worth

Don't let statistics get you down. Women of color can and are building wealth. Begin by increasing your income, managing your money effectively, and investing.

When you are able to do each of these things, you’ll be well on your way to building and holding wealth!

is a writer for Clever Girl Finance and millennial personal finance expert. She is also the editor-in-chief of the Mama and Money Blog, a motherhood and personal finance platform for women. 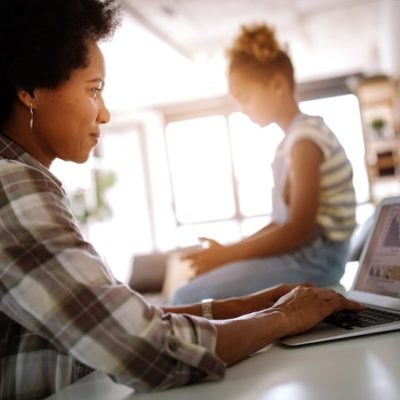 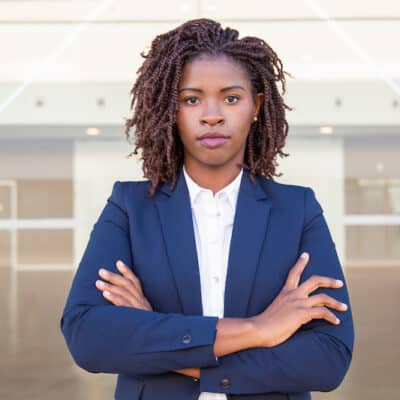 The Racial Wealth Gap And How You Can Change It 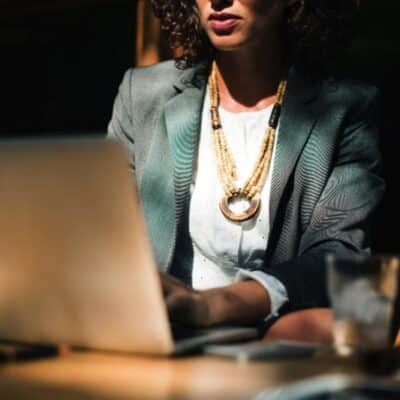 Dealing With Racial Discrimination In The Workplace